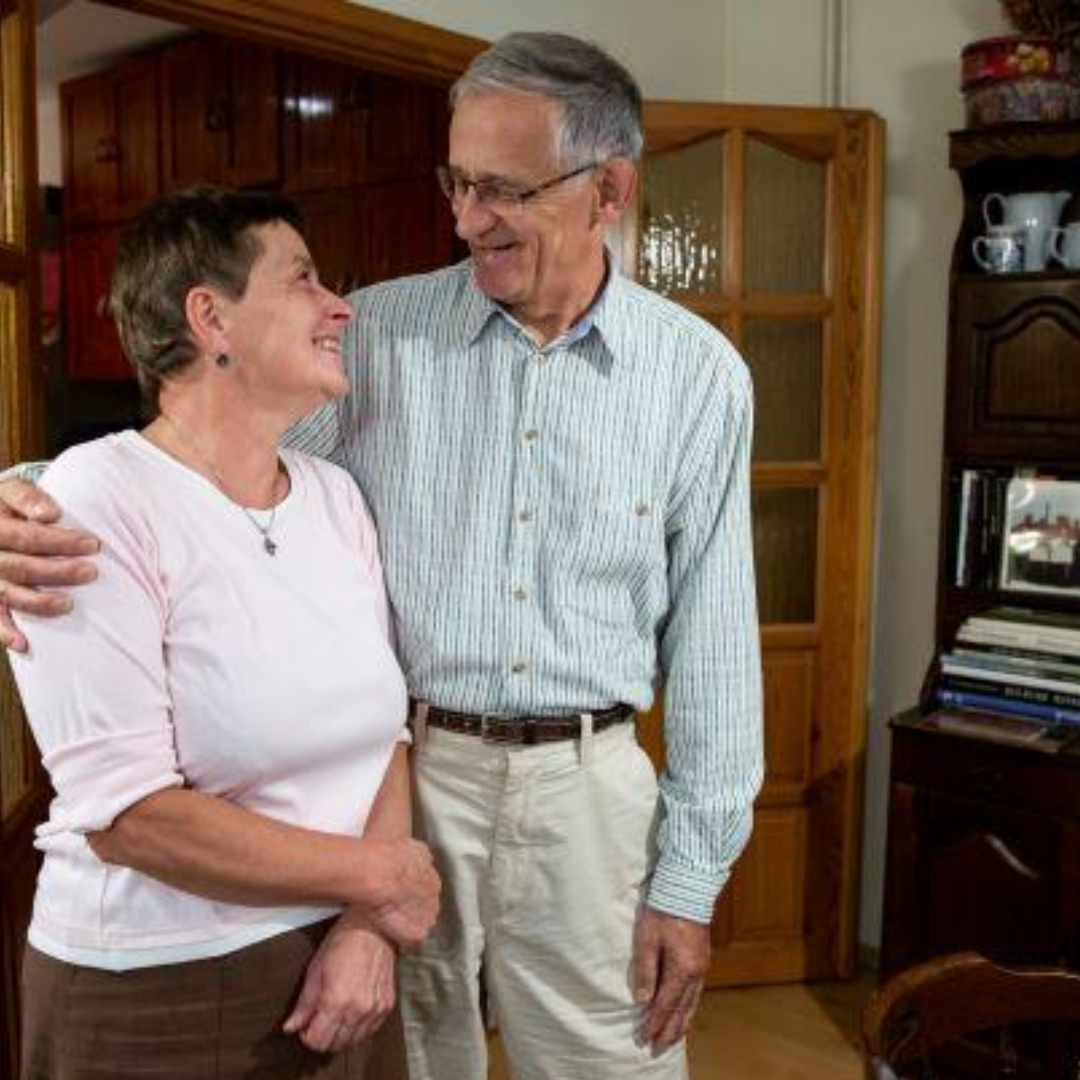 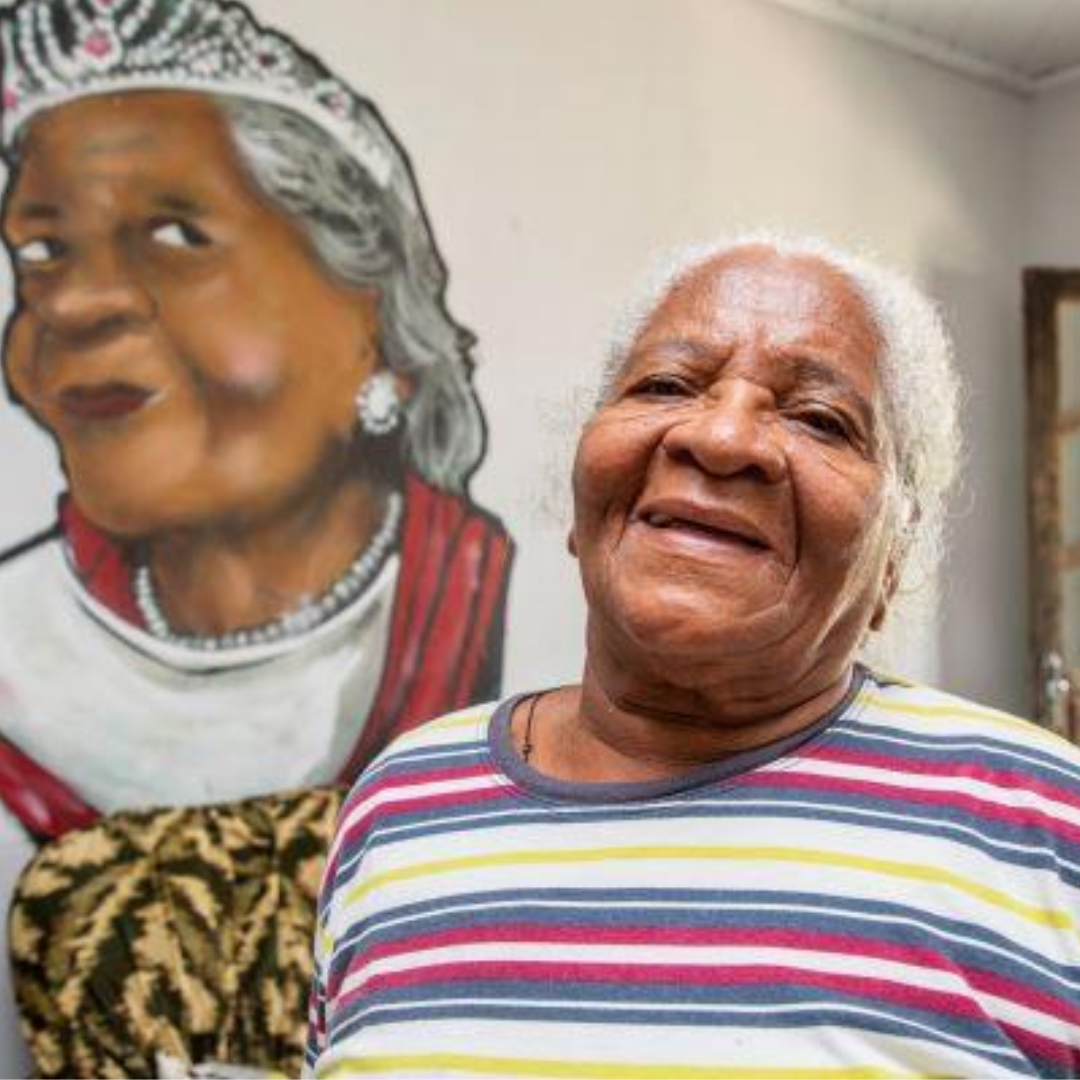 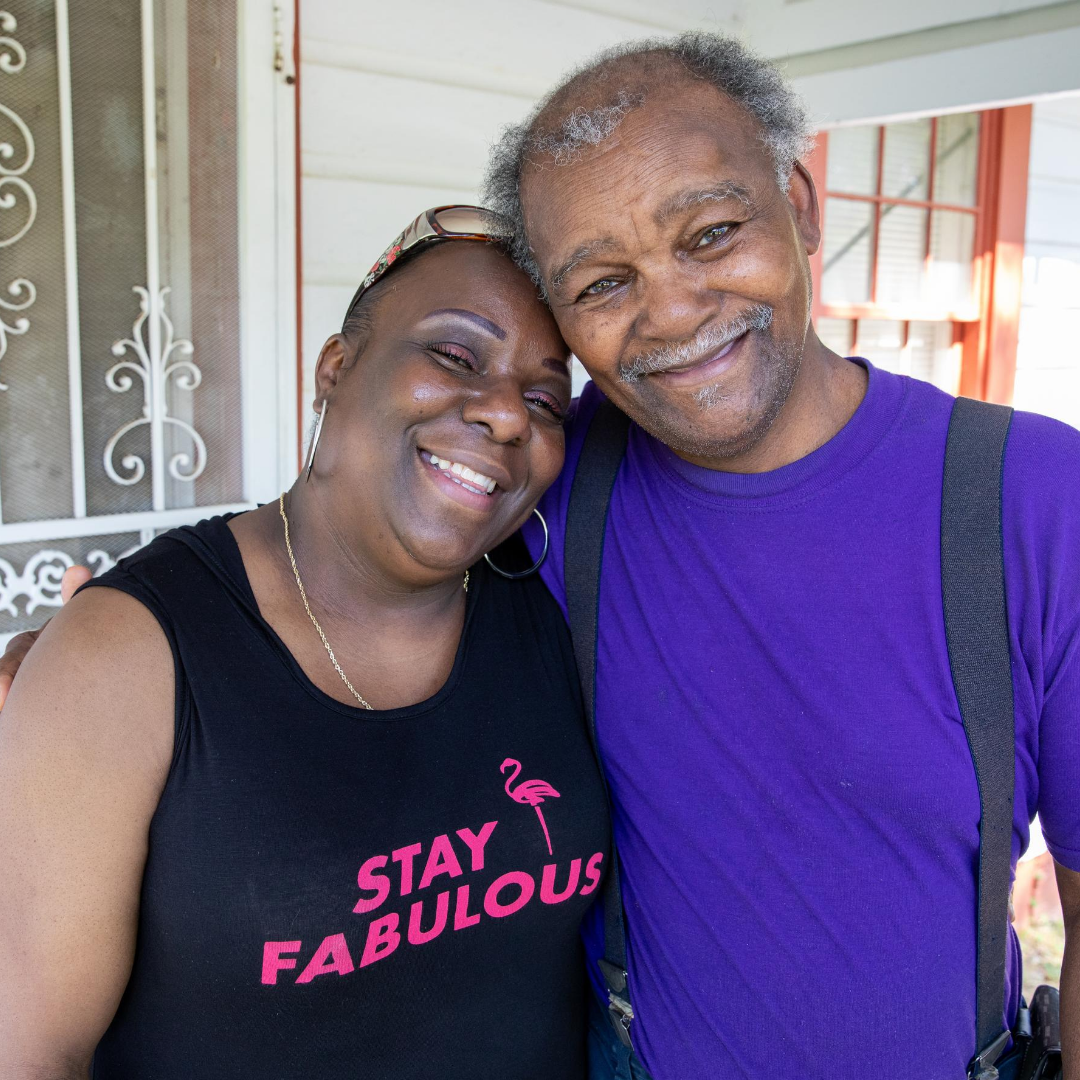 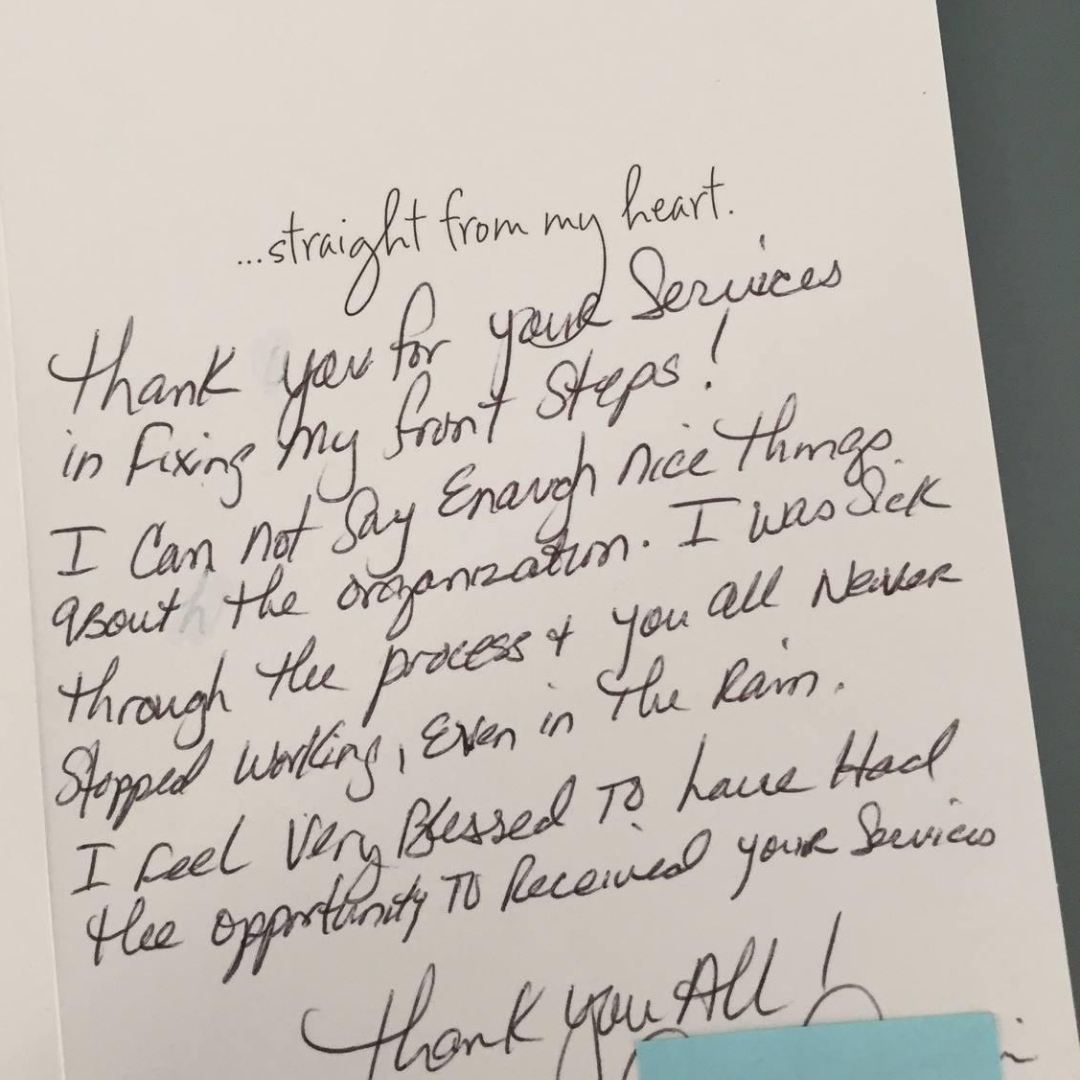 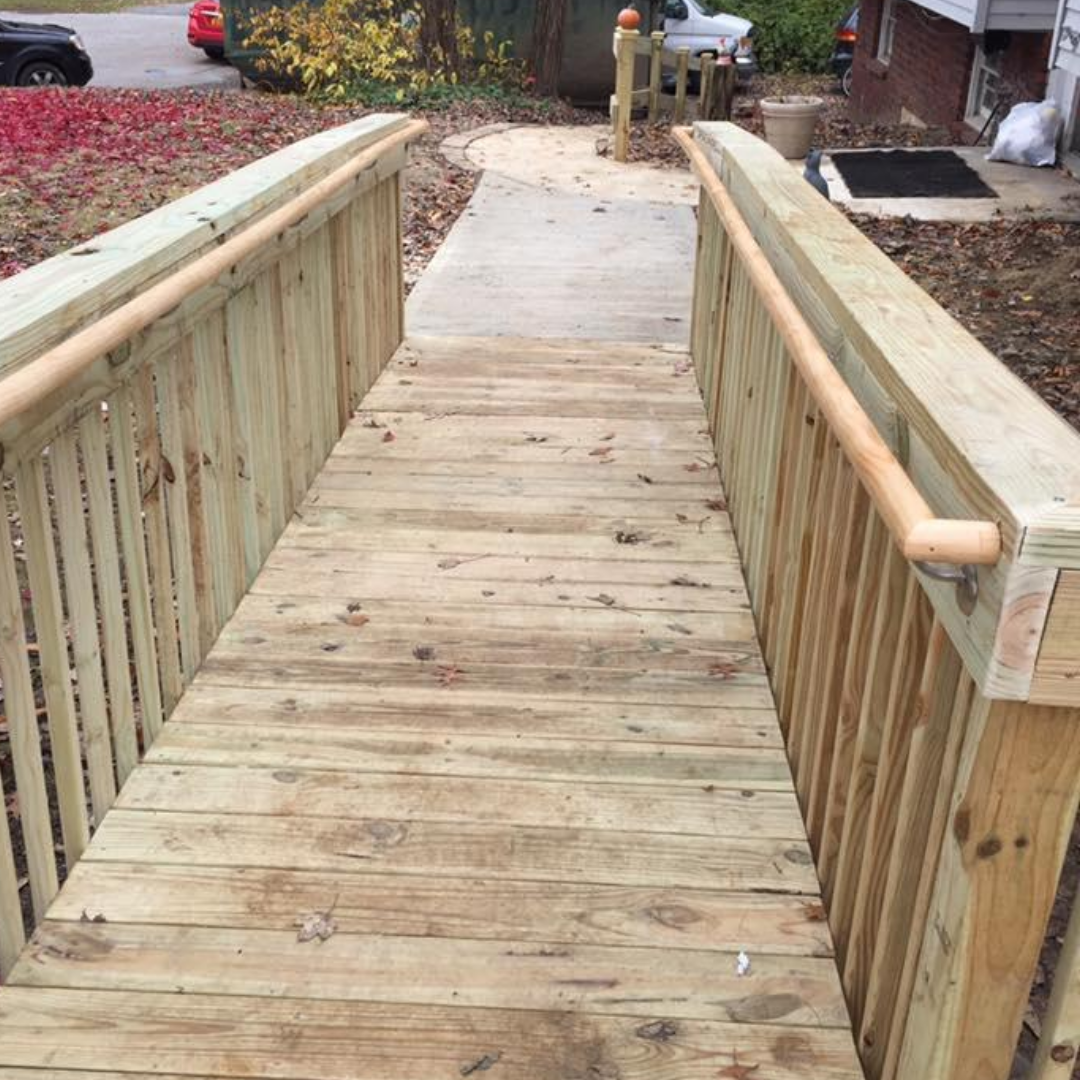 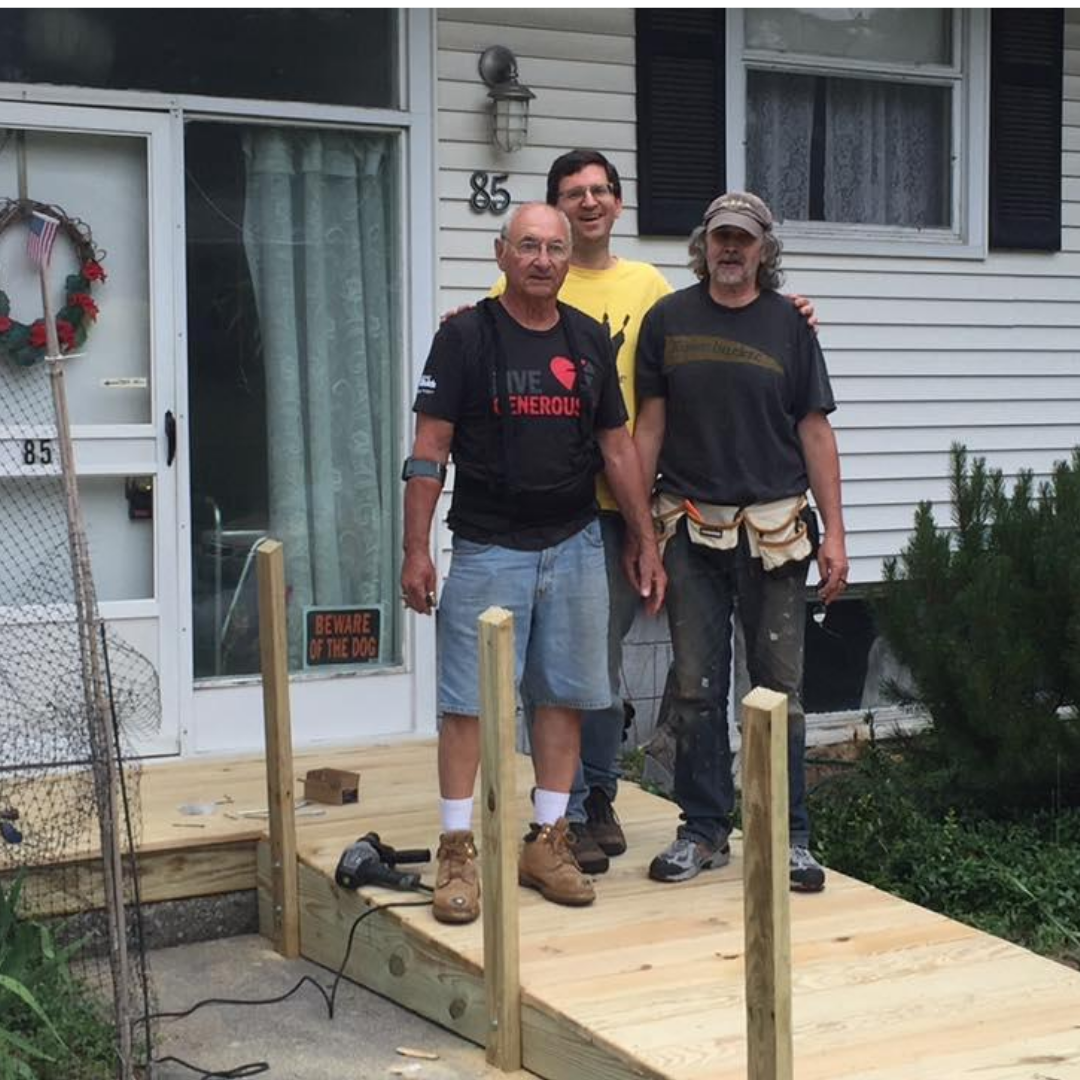 We build strength, stability and self-reliance.

What is Aging in Place?

Most people know that Habitat for Humanity of Dutchess County BUILDS.  We build homes. We build strength, stability and self-reliance through safe and affordable homeownership.  Part of our mission is working to ensure that the residents of Dutchess County can remain in safe homes so they can thrive in their community, especially the older adults in the community over age 60.

What is Aging in Place?

What do you do for the homeowner?

Aging in Place activities include:

Brush with Kindness is an exterior home preservation program that allows eligible homeowners to continue to live in safe, decent, affordable homes for years to come. 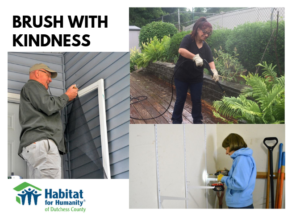 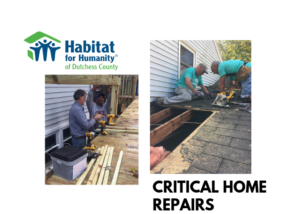 Examples of projects include:

How do I know if I am eligible?

Candidates for the Home Preservation Program must meet the following eligibility requirements:

√  have verifiable household income within the current allowable limits (generally, 80% or less of average mean income for the area);

√  are the owner of the home needing work;

√  must not be at risk of losing home to foreclosure and must make enough income to cover critical household expenses;

√  must be willing to contribute sweat equity to the mission of Habitat for Humanity of Dutchess County;

How do I apply?

What is the Field Hall Foundation? 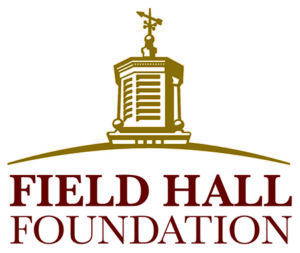 The Field Hall Foundation is a partner in the Habitat Aging in Place Program that has provided grant funds for the 2020 year to allow Habitat Dutchess to assist with Aging in Place modifications.

The History of Field Hall Foundation (taken from http://fdnweb.org/)

The Field Hall Foundation was incorporated in 1986 to assist Field Home – Holy Comforter, a not-for-profit nursing home, and Catherine Field Home, a home for older women, in providing high-quality caring services to its residents and patients. Although the Foundation began in 1986, its history actually dates back to 1879, with the pioneering work of two individuals, Sister Louise Gardner Hall and Cortlandt de Peyster Field.

In 1879, Sister Louise, an Episcopal nun from Fishkill, NY, saw a need for a place to care for those who suffered from incurable diseases and made it her personal mission to provide a retreat where their physical and spiritual needs could be met. Along with two friends, she opened “The House of the Holy Comforter, Free Church Home for Incurables” at 241 West 23rd Street in New York City. At the time of its opening, it was the only free nursing home in the city of New York. The House of the Holy Comforter moved several times and by 1915 settled at the Grand Concourse.

Meanwhile, around that same period, in 1887, Cortlandt de Peyster Field founded “Catharine Field Home” in memory of his mother, Catharine. He and a volunteer board of trustees began a mission of caring for elderly women in the stately, graceful building on the land that was his grandfather’s farm in Peekskill, NY (now Cortlandt Manor). That building is now known as Field Hall.

In 1997, The Seabury-Wilson Home of Mount Vernon merged with Catharine Field Home and The Seabury at Fieldhome, an assisted living and memory support residence, was constructed on the campus.

The Fieldhome campus also added The Early Learning Center, a child care and preschool, in 1993, offering a unique intergenerational program for Fieldhome residents. And, in 2014, Fieldhome added a Social Adult Day Care program for seniors in the community who needed assistance, but wanted to continue living at home.

In 2018, Fieldhome was sold to a for-profit organization, with the assets from the sale invested in the Foundation. The Foundation’s aim is to honor and continue Sister Louise’s and Cortlandt de Peyster Field’s mission by providing grants that will improve the lives of older adults and their caregivers in Westchester, Putnam, and Dutchess Counties, NY.

The Field Hall Foundation logo is inspired by the cupola of Field Hall.

If you have any questions about your eligibility for home repairs with Habitat for Humanity of Dutchess County, please contact us at:

Learn about our Cars for Homes Program

Your tax-deductible donation of a pre-owned vehicle can help turn someone's dream of homeownership into a reality.